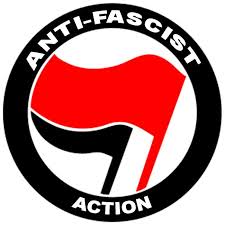 The Armed and Unified Community of International Antifascist Action is a gargantuan, environmentally stunning nation, notable for its state-planned economy, compulsory military service, and punitive income tax rates. The democratic population of 23.81 billion International Antifascist Actionians are free to do what they want with their own bodies, and vote for whomever they like in elections; if they go into business, however, they are regulated to within an inch of their lives.

The large, socially-minded, outspoken government juggles the competing demands of Welfare, Education, and Healthcare. The average income tax rate is 56.1%, and even higher for the wealthy.

The large but underdeveloped International Antifascist Actionian economy, worth 703 trillion Dollars a year, is driven entirely by a combination of government and state-owned industry, with private enterprise illegal. The industrial sector, which is quite specialized, is led by the Arms Manufacturing industry, with major contributions from Basket Weaving, Door-to-door Insurance Sales, and Soda Sales. Average income is 29,556 Dollars, and distributed extremely evenly, with little difference between the richest and poorest citizens.

International Antifascist Action is ranked 83,490th in the world and 1st in Antifa for Most Advanced Public Education, scoring 1,932.72 on the Edu-tellignce® Test Score.