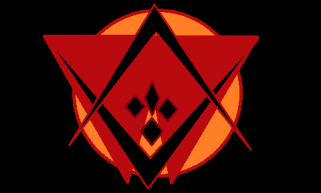 The Utopia of Insaniragica is a gargantuan, environmentally stunning nation, ruled by Insane Payne with an even hand, and notable for its lack of airports, compulsory vegetarianism, and keen interest in outer space. The compassionate, humorless, devout population of 18.761 billion Insaniragicans are fiercely patriotic and enjoy great social equality; they tend to view other, more capitalist countries as somewhat immoral and corrupt.

It is difficult to tell where the omnipresent, socially-minded government stops and the rest of society begins, but it juggles the competing demands of Environment, Education, and Healthcare. It meets to discuss matters of state in the capital city of Insaniragica City. The income tax rate is 100%.

The frighteningly efficient Insaniragican economy, worth a remarkable 3,476 trillion Lunary Shards a year, is driven almost entirely by government activity, with private enterprise illegal. The industrial sector is solely comprised of the Basket Weaving industry. Average income is an impressive 185,280 Lunary Shards, and distributed extremely evenly, with practically no difference between the richest and poorest citizens.

Organ donation is compulsory, truancy levels are on the rise ever since school registers were banned, the intelligence community is playing 4-D chess with an imaginary spy network, and families waiting for delayed pipe installations hope daily for rain. Crime, especially youth-related, is totally unknown, thanks to a capable police force and progressive social policies in education and welfare. Insaniragica's national animal is the Canife, which frolics freely in the nation's many lush forests, and its national religion is Insanipaynity.

Insaniragica is ranked 9,577th in the world and 1st in Forest of the Fallen for Highest Foreign Aid Spending, scoring 1,907.65 on the Clooney Contribution Index.