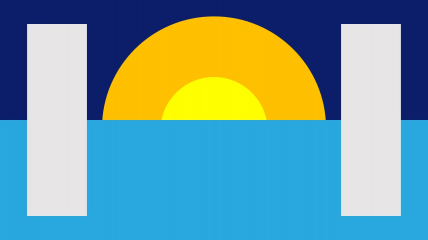 The Nation of Independent Republic of Boldonia is a massive, safe nation, ruled by President Carl Holstein with a fair hand, and remarkable for its daily referendums, public floggings, and stringent health and safety legislation. The compassionate, democratic population of 1.547 billion Boldonians enjoy a sensible mix of personal and economic freedoms, while the political process is open and the people's right to vote held sacrosanct.

The enormous government juggles the competing demands of Administration, Education, and Defense. It meets to discuss matters of state in the capital city of the Boldonian Capital Territory. The average income tax rate is 78.5%, and even higher for the wealthy.

The powerhouse Boldonian economy, worth 138 trillion United States dollars a year, is quite specialized and led by the Trout Farming industry, with significant contributions from Tourism, Information Technology, and Book Publishing. Average income is 89,316 United States dollars, and evenly distributed, with the richest citizens earning only 2.9 times as much as the poorest.

The military is slashing spending on conventional arms and diverting it to spending on prosthetic arms, the government has declined to declare any particular religion as its 'official' one, the number of students attending university has reached a record high, and rumor has it that the government was paid off by the mob to allow casinos to reopen. Crime, especially youth-related, is totally unknown, thanks to a very well-funded police force and progressive social policies in education and welfare. Independent Republic of Boldonia's national animal is the sand dollar, which frolics freely in the nation's many lush forests.

Independent Republic of Boldonia is ranked 19,989th in the world and 2nd in Puppets of Boldonia for Most Politically Apathetic Citizens, with 55.69 Whatever.