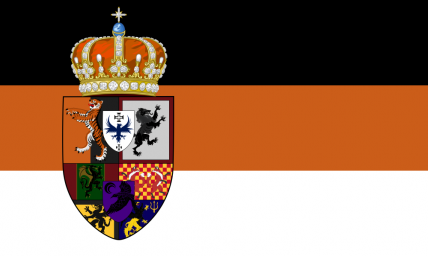 The Technocracy of Imperio de Jandira is a gargantuan, socially progressive nation, ruled by Emperor Wolfgang IV with an even hand, and renowned for its unlimited-speed roads, daily referendums, and complete lack of prisons. The hard-nosed, humorless population of 16.888 billion tigerin-jandirans are fiercely patriotic and enjoy great social equality; they tend to view other, more capitalist countries as somewhat immoral and corrupt.

The relatively small, corrupt government prioritizes Education, with Industry, Defense, and Administration also on the agenda, while Spirituality and International Aid receive no funds. It meets to discuss matters of state in the capital city of Tigresia. The average income tax rate is 55.1%, and even higher for the wealthy.

The frighteningly efficient tigerin-jandiran economy, worth a remarkable 7,506 trillion Claws a year, is fairly diversified and dominated by the Information Technology industry, with significant contributions from Book Publishing, Arms Manufacturing, and Retail. Black market activity is extensive. State-owned companies are common. Average income is an amazing 444,508 Claws, and distributed extremely evenly, with little difference between the richest and poorest citizens.

Both criminals and civilians are DOA, fixing attendance at women's matches is a matter of "when they go low, we go high... funding", the restriction that you must be over 1.1 metres tall to ride a carnotaurus has recently been waived, and remote-control hang-gliding scarecrows patrol the skies to keep songbirds from leaving the nation's borders. Crime is totally unknown. Imperio de Jandira's national animal is the Tiger, which frolics freely in the nation's many lush forests, and its national religion is Protestantism Kapseranist.

Imperio de Jandira is ranked 161,444th in the world and 16th in Novo Brasil for Most Extreme, scoring 15.88 on the Paul-Nader Subjective Decentrality Index.