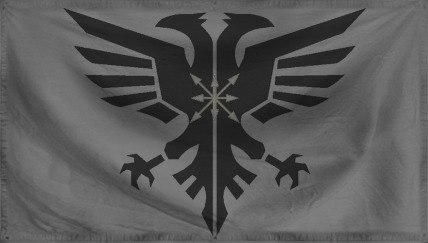 The Federation of ImperialRussia is a massive, cultured nation, ruled by Emperor Sergei Izotov with an iron fist, and renowned for its smutty television, pith helmet sales, and free-roaming dinosaurs. The hard-nosed, cynical, humorless, devout population of 3.878 billion Russians are kept under strict control by the oppressive government, which measures its success by the nation's GDP and refers to individual citizens as "human resources."

The large, corrupt, moralistic, well-organized government prioritizes Defense, with Law & Order, Administration, and Education also on the agenda. It meets to discuss matters of state in the capital city of Moscow. The average income tax rate is 99.6%.

The frighteningly efficient Russian economy, worth a remarkable 1,008 trillion Bitcoins a year, is driven entirely by a combination of government and state-owned industry, with private enterprise illegal. The industrial sector, which is fairly diversified, is led by the Arms Manufacturing industry, with significant contributions from Information Technology and Uranium Mining. Average income is an amazing 260,024 Bitcoins, and distributed extremely evenly, with little difference between the richest and poorest citizens.

Several citizens have complained about scientists abducting their pets for experimentation, parents must choose their children's names from a government-mandated master list, politicians that report exaggerated crowd sizes for their speeches are dismissed for being delusional, and undergrads find their professors' mushroom experiments less psychedelic than expected. Crime, especially youth-related, is totally unknown, thanks to a well-funded police force and progressive social policies in education and welfare. ImperialRussia's national animal is the Giant Grizzly Bear, which frolics freely in the nation's many lush forests, and its national religion is Orthodox Christianity.

ImperialRussia is ranked 5,407th in the world and 15th in Wintreath for Most Advanced Public Education, scoring 14,052.74 on the Edu-tellignce® Test Score.

The Library of Wan Shi Tong,