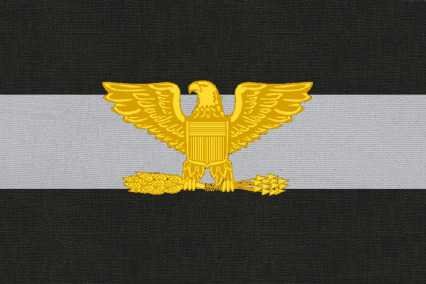 The Royal Empire of Imperial States America is a gargantuan, orderly nation, ruled by Emperor Tex Cotton with an iron fist, and renowned for its multi-spousal wedding ceremonies, enslaved workforce, and complete lack of public education. The hard-nosed, cynical, humorless, devout population of 13.465 billion Imperialists are kept under strict control by the oppressive government, which measures its success by the nation's GDP and refers to individual citizens as "human resources."

The large, corrupt, moralistic, well-organized government prioritizes Defense, with Spirituality, Law & Order, and Industry also on the agenda, while Welfare and Education are ignored. It meets to discuss matters of state in the capital city of New Richmond. Citizens pay a flat income tax of 91.1%.

The frighteningly efficient Imperial States American economy, worth a remarkable 3,186 trillion Imperial Credits a year, is driven entirely by a combination of government and state-owned industry, with private enterprise illegal. However, for those in the know, there is an enormous, deeply entrenched, quite specialized black market in Arms Manufacturing, Furniture Restoration, Uranium Mining, and Woodchip Exports. The private sector mostly consists of enterprising ten-year-olds selling lemonade on the sidewalk, but the government is looking at stamping this out. Average income is an amazing 236,623 Imperial Credits, but there is a significant disparity between incomes, with the richest 10% of citizens earning 799,501 per year while the poor average 51,798, a ratio of 15.4 to 1.

The nation's new foreign policy of 'very disproportionate retribution' has its neighbors on edge, the treehouse in Mini Elephant Park is the tallest building in Imperial States America, it is illegal to brush crumbs off your clothing outdoors, and minefields are being deployed along the border to discourage potential emigrants from trying to leave. Crime, especially youth-related, is totally unknown, thanks to a very well-funded police force. Imperial States America's national animal is the Mini elephant, which frolics freely in the nation's many lush forests, and its national religion is Church of ISA.

Imperial States America is ranked 1,049th in the world and 1st in United Imperial Union for Most Corrupt Governments, with 377.26 kickbacks per hour.