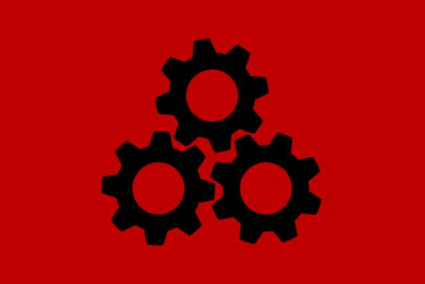 The Grand Imperium of Imperial-Octavia is a massive, safe nation, ruled by The Paramount with an iron fist, and notable for its smutty television, anti-smoking policies, and stringent health and safety legislation. The hard-nosed, hard-working, cynical, humorless population of 2.512 billion Octavians are kept under strict control by the oppressive government, which measures its success by the nation's GDP and refers to individual citizens as "human resources."

The medium-sized, corrupt, moralistic, well-organized government juggles the competing demands of Defense, Law & Order, and Education. It meets to discuss matters of state in the capital city of Octavious. The average income tax rate is 60.6%.

The frighteningly efficient Octavian economy, worth 357 trillion Energy Coins a year, is driven entirely by a combination of government and state-owned industry, with private enterprise illegal. However, for those in the know, there is a large, well-organized, broadly diversified black market in Information Technology, Arms Manufacturing, Uranium Mining, and Woodchip Exports. The private sector mostly consists of enterprising ten-year-olds selling lemonade on the sidewalk, but the government is looking at stamping this out. Average income is an impressive 142,353 Energy Coins, and evenly distributed, with the richest citizens earning only 4.8 times as much as the poorest.

Children who believe in the tooth fairy are frequently shipped off to Bigtopia, war vets look after war animals, suppression of pro-democracy protests is a daily occurrence, and deceased politicians' MyFace profiles are unanimously pro-incumbent. Crime, especially youth-related, is totally unknown, thanks to a well-funded police force and progressive social policies in education and welfare. Imperial-Octavia's national animal is the Organic, which teeters on the brink of extinction due to widespread deforestation, and its national religion is Entitism.

Imperial-Octavia is ranked 164,760th in the world and 8th in Cymopolia for Most Pro-Market, scoring -53.44 on the Rand Index.