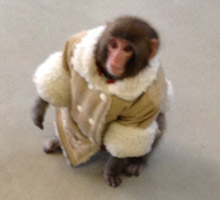 The Simian Society of IKEA Monkey is a gargantuan, environmentally stunning nation, ruled by Darwin the Monkey with a fair hand, and notable for its vat-grown people, punitive income tax rates, and stringent health and safety legislation. The compassionate, democratic, humorless population of 16.599 billion IKEA Monkeyians love a good election, and the government gives them plenty of them. Universities tend to be full of students debating the merits of various civil and political rights, while businesses are tightly regulated and the wealthy viewed with suspicion.

The medium-sized, outspoken government juggles the competing demands of Education, Social Policy, and Environment. It meets to discuss matters of state in the capital city of Darwin. The average income tax rate is 82.2%, and even higher for the wealthy.

The all-consuming IKEA Monkeyian economy, worth a remarkable 2,857 trillion Darwin Dollars a year, is led by the Tourism industry, with significant contributions from Book Publishing, Information Technology, and Cheese Exports. State-owned companies are common. Average income is an impressive 172,153 Darwin Dollars, and distributed extremely evenly, with little difference between the richest and poorest citizens.

Darwin the Monkey's iHouse is so intelligent that it manages its own social media accounts, every workday begins with group therapy, children dream of becoming physicians and physicists, and nude art is becoming wildly popular. Crime is totally unknown, thanks to a capable police force and progressive social policies in education and welfare. IKEA Monkey's national animal is the Japanese Macaque, which frolics freely in the nation's many lush forests, and its national religion is Darwinism.

IKEA Monkey is ranked 128,708th in the world and 100th in Canada for Largest Basket Weaving Sector, scoring 545.68 on the Hickory Productivity Index.