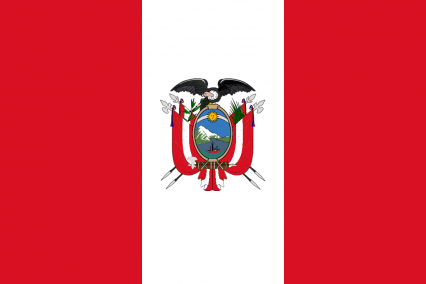 The Plurinational State of Huayramarca is a massive, socially progressive nation, ruled by Ñucanchi Ñan with a fair hand, and notable for its absence of drug laws, punitive income tax rates, and devotion to social welfare. The compassionate, democratic population of 4.686 billion Huayramarcans love a good election, and the government gives them plenty of them. Universities tend to be full of students debating the merits of various civil and political rights, while businesses are tightly regulated and the wealthy viewed with suspicion.

The large government juggles the competing demands of Administration, Healthcare, and Education. It meets to discuss matters of state in the capital city of Metropolitan District. The average income tax rate is 51.1%, and even higher for the wealthy.

The strong Huayramarcan economy, worth 249 trillion Intis a year, is led by the Book Publishing industry, with major contributions from Door-to-door Insurance Sales, Tourism, and Trout Farming. Black market activity is notable. State-owned companies are common. Average income is 53,192 Intis, and distributed extremely evenly, with little difference between the richest and poorest citizens.

Huayramarca is ranked 63,115th in the world and 27th in Anaia for Largest Publishing Industry, scoring 4,367.56 on the Bella Potter Productivity e-Index.