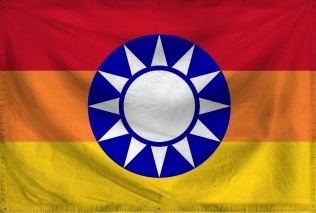 The Protectorate of Hopei is a colossal, environmentally stunning nation, ruled by Governor Yan Xishan with an even hand, and notable for its compulsory military service, ubiquitous missile silos, and anti-smoking policies. The hard-nosed, hard-working population of 5.496 billion Hopeians have some civil rights, but not too many, enjoy the freedom to spend their money however they like, to a point, and take part in free and open elections, although not too often.

The relatively small, corrupt government juggles the competing demands of Defense, Education, and Environment. It meets to discuss matters of state in the capital city of New Taiyuan. The average income tax rate is 7.4%, but much higher for the wealthy.

The all-consuming Hopeian economy, worth 765 trillion Yuan a year, is led by the Arms Manufacturing industry, with major contributions from Tourism, Retail, and Information Technology. Black market activity is frequent. Average income is an impressive 139,227 Yuan, and evenly distributed, with the richest citizens earning only 2.8 times as much as the poorest.

Psychiatrists bizarrely accompany Governor Yan Xishan to meetings with foreign heads of state, prisoners due for execution often use their final statement to complain about soggy bread rolls, the ban on cars has been repealed, and trails to natural wonders are littered with trash from reality film crews. Crime is pervasive, with the police force struggling against a lack of funding and a high mortality rate. Hopei's national animal is the Clouded Leopard, which frolics freely in the nation's many lush forests, and its national religion is Shangdi.

Hopei is ranked 3,728th in the world and 2nd in League of Xishanists for Rudest Citizens, with 173.12 Insults Per Minute.