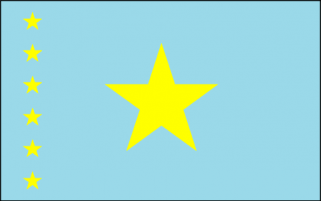 The Allied States of Hijjma is a gargantuan, cultured nation, ruled by President Elizabeth Colins with an even hand, and remarkable for its daily referendums, sprawling nuclear power plants, and flagrant waste-dumping. The hard-nosed, hard-working, humorless population of 23.178 billion an Employee are either ruled by a sleek, efficient government or a conglomerate of multinational corporations; it's difficult to tell which.

The relatively small, corrupt government prioritizes Defense, with Industry, Law & Order, and Healthcare also on the agenda, while Environment and Social Policy aren't funded at all. It meets to discuss matters of state in the capital city of Idris. The average income tax rate is 38.5%, but much higher for the wealthy.

The frighteningly efficient Employee economy, worth a remarkable 7,887 trillion Hijjma ₹s a year, is broadly diversified and led by the Arms Manufacturing industry, with major contributions from Information Technology, Uranium Mining, and Automobile Manufacturing. Black market activity is rampant. Average income is an amazing 340,296 Hijjma ₹s, and evenly distributed, with the richest citizens earning only 2.9 times as much as the poorest.

Fruit pickers with degrees in Cardinal psychology are a common sight, the government is avowedly secular, public projects are synonymous with yawn-inducing conformity, and interest in globalism never flags. Crime is totally unknown, thanks to a capable police force and progressive social policies in education and welfare. Hijjma's national animal is the Cardinal, which is also the nation's favorite main course, and its national religion is Unknown.