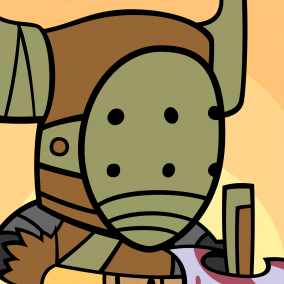 The Nothing to see here of Herador is a gargantuan, cultured nation, ruled by -a- with an even hand, and renowned for its smutty television, keen interest in outer space, and multi-spousal wedding ceremonies. The hard-nosed, humorless population of 16.061 billion -a-s are fiercely patriotic and enjoy great social equality; they tend to view other, more capitalist countries as somewhat immoral and corrupt.

The large, corrupt, socially-minded government juggles the competing demands of Education, Law & Order, and Social Policy. It meets to discuss matters of state in the capital city of -a-. The average income tax rate is 75.7%, and even higher for the wealthy.

The powerhouse Heradorian economy, worth a remarkable 2,144 trillion -a-s a year, is dominated by the Tourism industry, with significant contributions from Book Publishing, Basket Weaving, and Cheese Exports. State-owned companies are common. Average income is an impressive 133,498 -a-s, and distributed extremely evenly, with little difference between the richest and poorest citizens.

People regularly disappear off the streets and all evidence of them is destroyed, when people ask what the difference is between politicians and lawyers they are referred to document c15(iv) section 14.1 subsection 3.2 of the Jan 2015 political category definition guidance codes, citizens must have a license to operate a computer, and the latest Harry Potter book is a bestseller. Crime is totally unknown, thanks to a very well-funded police force and progressive social policies in education and welfare. Herador's national animal is the -a-, which frolics freely in the nation's many lush forests.

Herador is ranked 5,573rd in the world and 1st in The Lonely Island for Healthiest Citizens, with 18.94 bananas ingested per day.

Most Recent Government Activity: 11 minutes ago