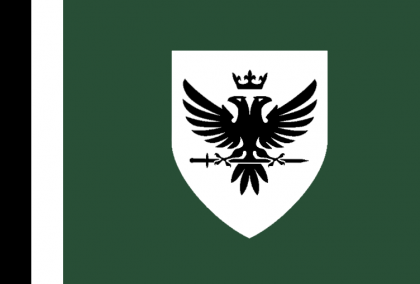 The Republic of Hartfelden Founder is a colossal, safe nation, renowned for its burgeoning eagle population. The hard-working population of 6.231 billion Hartfelden Founderians have some civil rights, but not too many, enjoy the freedom to spend their money however they like, to a point, and take part in free and open elections, although not too often.

The medium-sized government juggles the competing demands of Law & Order, Defense, and Healthcare. The average income tax rate is 28.2%.

The Hartfelden Founderian economy, worth 234 trillion deniers a year, is quite specialized and led by the Book Publishing industry, with significant contributions from Gambling, Trout Farming, and Furniture Restoration. State-owned companies are reasonably common. Average income is 37,623 deniers, and evenly distributed, with the richest citizens earning only 3.2 times as much as the poorest.

Hartfelden Founder is ranked 64,529th in the world and 31st in Hartfelden for Most Valuable International Artwork, with 1.73 Bank.