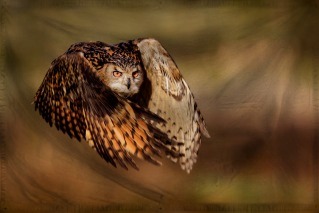 The Republic of Harro Waarudho is a gargantuan, environmentally stunning nation, ruled by Gin with an even hand, and remarkable for its museums and concert halls, smutty television, and infamous sell-swords. The compassionate, cheerful population of 15.73 billion Espadas have some civil rights, but not too many, enjoy the freedom to spend their money however they like, to a point, and take part in free and open elections, although not too often.

The medium-sized government prioritizes Education, although Healthcare, Environment, and Law & Order are also considered important, while Spirituality and Defense are ignored. It meets to discuss matters of state in the capital city of Las Noches. The average income tax rate is 68.4%, and even higher for the wealthy.

The frighteningly efficient Espadian economy, worth a remarkable 2,465 trillion Jutsus a year, is quite specialized and led by the Information Technology industry, with major contributions from Book Publishing and Furniture Restoration. State-owned companies are common. Average income is an impressive 156,736 Jutsus, and distributed extremely evenly, with little difference between the richest and poorest citizens.

Over a third of the seats in sports stadiums have been removed to make room for female-only commodes, the breathalyser pledge is a traditional part of marriages in Harro Waarudho, organised sports are frowned upon as frivolous, and young children are learning advanced physics to scientifically disprove the existence of Santa Claus. Crime is totally unknown, thanks to a capable police force and progressive social policies in education and welfare. Harro Waarudho's national animal is the Phoenix, which soars majestically through the nation's famously clear skies.

Harro Waarudho is ranked 174,509th in the world and 6,000th in The East Pacific for Largest Retail Industry, scoring -4.43 on the Shrinkwrap Consignment Productivity Index.