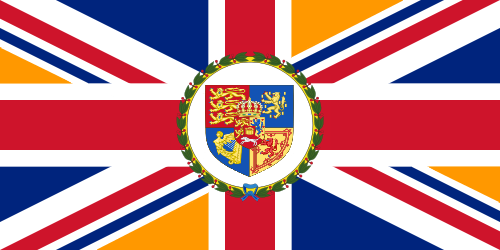 The United Kingdom of Hanoverian Great Britain is a colossal, safe nation, ruled by Queen Alexandra with an even hand, and renowned for its vat-grown people, irreverence towards religion, and stringent health and safety legislation. The quiet, industrious population of 6.947 billion Brits have some civil rights, but not too many, enjoy the freedom to spend their money however they like, to a point, and take part in free and open elections, although not too often.

The medium-sized government juggles the competing demands of Education, Industry, and Administration. It meets to discuss matters of state in the capital city of London. The average income tax rate is 20.5%, but much higher for the wealthy.

The thriving British economy, worth 570 trillion pounds a year, is fairly diversified and led by the Tourism industry, with major contributions from Information Technology, Door-to-door Insurance Sales, and Basket Weaving. State-owned companies are common. Average income is 82,084 pounds, and distributed extremely evenly, with little difference between the richest and poorest citizens.

Bins outnumber trees in city parks, the nation's diplomatic missives are now delivered via sniper rifle, a bureaucratic fight over BIA cafeteria food expenditures has caused the temporary suspension of all agency counterintelligence operations, and running away is an essential part of the elite forces' hand-to-hand training. Crime, especially youth-related, is totally unknown. Hanoverian Great Britain's national animal is the lion, which frolics freely in the nation's many lush forests.

Hanoverian Great Britain is ranked 231,186th in the world and 1st in Riskia for Fattest Citizens, with 9.08 Obesity Rate.

Most Recent Government Activity: 41 minutes ago