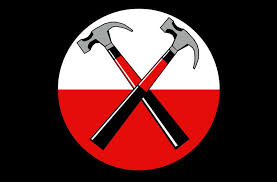 The Split Personality of Hammer Britannia is a colossal, orderly nation, ruled by Pink with an iron fist, and notable for its rum-swilling pirates, compulsory military service, and frequent executions. The hard-nosed, hard-working, cynical, humorless population of 8.584 billion Brits are kept under strict control by the oppressive government, which measures its success by the nation's GDP and refers to individual citizens as "human resources."

The relatively small, corrupt, well-organized government prioritizes Defense, although Industry, Administration, and Education are also considered important, while Social Policy and Spirituality are ignored. It meets to discuss matters of state in the capital city of Brixton. Citizens pay a flat income tax of 18.4%.

The frighteningly efficient British economy, worth a remarkable 1,459 trillion Human Babies a year, is fairly diversified and led by the Arms Manufacturing industry, with major contributions from Information Technology, Retail, and Gambling. Black market activity is rampant. State-owned companies are reasonably common. Average income is an impressive 170,004 Human Babies, with the richest citizens earning 9.7 times as much as the poorest.

Customer satisfaction with online delivery services is at an all time high, the act of reporting blasphemy is known as 'Orthodoxxing', property owners are terrified of pigeons nesting in their buildings, and dozens of additional foreign policy specialists have been sent to the country's WA Mission. Crime, especially youth-related, is well under control, despite the fact that it is difficult to make it through a day without breaking one of the country's many laws. Hammer Britannia's national animal is the Ur mom, which teeters on the brink of extinction due to widespread deforestation, and its national religion is To be honest I don't know.

Hammer Britannia is ranked 3,664th in the world and 4th in The Labyrinth for Largest Information Technology Sector, scoring 44,060.07 on the Fann-Boi Productivity Index.