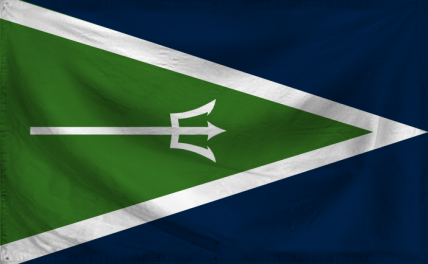 The Federation of Halsuntria is a massive, cultured nation, notable for its museums and concert halls, parental licensing program, and irreverence towards religion. The democratic population of 1.477 billion Halsuntrians are fiercely patriotic and enjoy great social equality; they tend to view other, more capitalist countries as somewhat immoral and corrupt.

The enormous government juggles the competing demands of Education, Healthcare, and Law & Order. It meets to discuss matters of state in the capital city of Saluntberg. The average income tax rate is 69.8%, and even higher for the wealthy.

The Halsuntrian economy, worth 55.9 trillion Friekels a year, is driven entirely by a combination of government and state-owned industry, with private enterprise illegal. The industrial sector is solely comprised of the Tourism industry. Average income is 37,818 Friekels, and distributed extremely evenly, with practically no difference between the richest and poorest citizens.

Citizens are encouraged to show displeasure with politicians by poking them with sharp metal sticks, money is being desperately pumped into the ruined economy, NationStates is now a popular brand of laxatives despite Max Barry's protests, and RPG fans reminisce fondly about when people thought they were evil and dangerous rather than geeky and socially inept. Crime is totally unknown, thanks to a very well-funded police force and progressive social policies in education and welfare. Halsuntria's national animal is the Euryhaline Limofish, which frolics freely in the nation's sparkling oceans.

Halsuntria is ranked 237,489th in the world and 324th in Anteria for Largest Mining Sector, scoring -14.42 on the Blue Sky Asbestos Index.