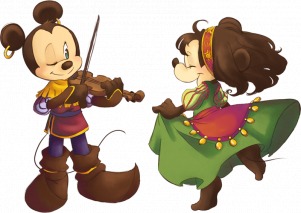 The Matriarchy of Gypsy Lands is a colossal, environmentally stunning nation, ruled by The Gypsy Queen with an iron fist, and remarkable for its multi-spousal wedding ceremonies, compulsory military service, and complete absence of social welfare. The hard-nosed, hard-working, cynical, devout population of 6.63 billion Gypsies are ruled by a mostly-benevolent dictator, who grants the populace the freedom to live their own lives but watches carefully for anyone to slip up.

The tiny, corrupt government juggles the competing demands of Spirituality, Defense, and Environment. It meets to discuss matters of state in the capital city of Tambourine. Citizens pay a flat income tax of 7.1%.

The strong Gypsy economy, worth 531 trillion silver coins a year, is led by the Retail industry, with significant contributions from Basket Weaving, Gambling, and Arms Manufacturing. Black market activity is notable. State-owned companies are reasonably common. Average income is 80,182 silver coins, but there is a significant disparity between incomes, with the richest 10% of citizens earning 242,723 per year while the poor average 20,610, a ratio of 11.8 to 1.

Coffee-addicted citizens look forward to baristas getting their name wrong at local coffee shops, the nation's atlases tend to go out of date every few weeks, paranoid museum guards keep a lookout for any animated displays attempting to escape the premises after dark, and it is firmly believed that cameras steal souls. Crime is a problem, with the police force struggling against a lack of funding and a high mortality rate. Gypsy Lands's national animal is the Werewolf, which frolics freely in the nation's many lush forests, and its national religion is Christianity.

Gypsy Lands is ranked 177,809th in the world and 33rd in Gypsy Lands for Largest Mining Sector, scoring -7.21 on the Blue Sky Asbestos Index.

Most Recent Government Activity: 112 minutes ago