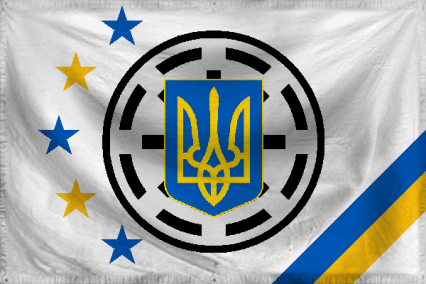 The Avatarian Republics of Gyatso-kai is a gargantuan, safe nation, ruled by Avatar Aang with an even hand, and renowned for its free-roaming dinosaurs, daily referendums, and public floggings. The compassionate, cheerful, devout population of 32.796 billion Gyatso-kaians enjoy extensive civil freedoms, particularly in social issues, while business tends to be more regulated.

The enormous, corrupt government juggles the competing demands of Education, Environment, and Defense. It meets to discuss matters of state in the capital city of Republic City. The average income tax rate is 98.1%.

The frighteningly efficient Gyatso-kaian economy, worth a remarkable 5,582 trillion Kataras a year, is quite specialized and led by the Book Publishing industry, with major contributions from Tourism, Cheese Exports, and Automobile Manufacturing. State-owned companies are reasonably common. Average income is an impressive 170,225 Kataras, and distributed extremely evenly, with little difference between the richest and poorest citizens.

The law forbids arson, murder, and low-quality cheese, citizens tint their front windows to avoid starring in the 'TV Detector Patrol Unit' documentary, going on a diet invalidates your passport, and visions of giant pink Flying Bisons are a common side effect after Gyatso-kaians eat their meals. Crime is totally unknown, thanks to a very well-funded police force and progressive social policies in education and welfare. Gyatso-kai's national animal is the Flying Bison, which soars majestically through the nation's famously clear skies, and its national religion is Avatarism.

Gyatso-kai is ranked 37,909th in the world and 27th in Atlantian Oceania for Most Income Equality, scoring 66.5 on the Marx-Engels Emancipation Scale.

Commonwealth of Baker Park and