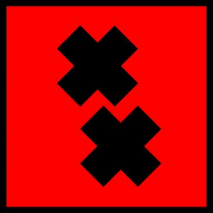 The 🏰🍣🔫🦊🏛🚩 of Gupioli North is a huge, efficient nation, ruled by Gupy Oliver CANERO with an iron fist, and remarkable for its otherworldly petting zoo, compulsory military service, and devotion to social welfare. The compassionate, cynical population of 828 million Gupiolians are ruled with an iron fist by the dictatorship government, which ensures that no-one outside the party gets too rich. In their personal lives, however, citizens are relatively unoppressed; it remains to be seen whether this is because the government genuinely cares about its people, or if it hasn't gotten around to stamping out civil rights yet.

The large, well-organized government prioritizes Defense, with Education, Administration, and Industry also on the agenda, while Spirituality receives no funds. It meets to discuss matters of state in the capital city of Lisagorod. The average income tax rate is 74.9%, and even higher for the wealthy.

The frighteningly efficient Gupiolian economy, worth 103 trillion Gupios a year, is driven entirely by a combination of government and state-owned industry, with private enterprise illegal. The industrial sector is led by the Arms Manufacturing industry, with major contributions from Tourism, Trout Farming, and Information Technology. Average income is an impressive 125,403 Gupios, and distributed extremely evenly, with little difference between the richest and poorest citizens.

People reciting Shakespeare have become a common sight, it is a common belief that a sport isn't sport if there are no decapitations, the judicial branch is strongly influenced by the Communist Party, and prenuptial contracts have replaced diamond rings in marriage proposals. Crime, especially youth-related, is totally unknown, thanks to a capable police force and progressive social policies in education and welfare. Gupioli North's national animal is the Fox, which frolics freely in the nation's many lush forests.

Gupioli North is ranked 27,722nd in the world and 4th in The Alepocratic Federation of Gupioli for Most Advanced Public Education, scoring 5,702.91 on the Edu-tellignce® Test Score.