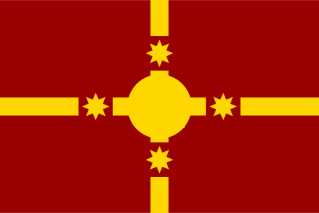 The Federal Union of Guadalupador is a gargantuan, genial nation, ruled by Grand Premier Enrique Yanama with a fair hand, and remarkable for its daily referendums, keen interest in outer space, and stringent health and safety legislation. The compassionate, democratic population of 19.103 billion Guadalupadorians hold their civil and political rights very dear, although the wealthy and those in business tend to be viewed with suspicion.

The medium-sized, outspoken government juggles the competing demands of Environment, Education, and Healthcare. It meets to discuss matters of state in the capital city of Nosamo. The average income tax rate is 65.3%, and even higher for the wealthy.

The powerhouse Guadalupadorian economy, worth a remarkable 2,389 trillion Federal Rublyens a year, is highly specialized and led by the Tourism industry, with major contributions from Book Publishing and Information Technology. State-owned companies are common. Average income is an impressive 125,078 Federal Rublyens, and distributed extremely evenly, with little difference between the richest and poorest citizens.

High school band practice is often crashed by technicolor-clad ravers, 10-year-olds who struggle with integrating by parts are considered slow learners, it is considered unpatriotic to learn a foreign language, and small children are learning a lot of new words from a teacher with Tourette Syndrome. Crime, especially youth-related, is a major problem, with the police force struggling against a lack of funding and a high mortality rate. Guadalupador's national animal is the Dorian Brown Bear, which frolics freely in the nation's many lush forests, and its national religion is Guadalan.

Guadalupador is ranked 244,980th in the world and 152nd in South Pacific for Largest Mining Sector, scoring -34.76 on the Blue Sky Asbestos Index.