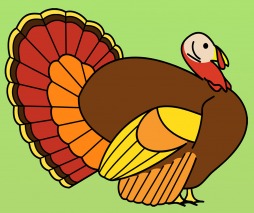 The Grand Duchy of Grinning Gobbler is a colossal, efficient nation, ruled by Magnificent Supreme Grobbler with an even hand, and remarkable for its frequent executions, sprawling nuclear power plants, and pith helmet sales. The hard-nosed, hard-working, humorless population of 9.976 billion Grinning Gobblerians have some civil rights, but not too many, enjoy the freedom to spend their money however they like, to a point, and take part in free and open elections, although not too often.

The enormous, corrupt government juggles the competing demands of Law & Order, Industry, and Administration. It meets to discuss matters of state in the capital city of Geegee. The average income tax rate is 83.6%.

The frighteningly efficient Grinning Gobblerian economy, worth a remarkable 1,472 trillion Platinums a year, is quite specialized and mostly comprised of black market activity, especially in Arms Manufacturing, Retail, Uranium Mining, and Furniture Restoration. State-owned companies are reasonably common. Average income is an impressive 147,643 Platinums, and evenly distributed, with the richest citizens earning only 3.2 times as much as the poorest.

Armed security details escort librarians to their homes, Magnificent Supreme Grobbler lights cigars with a hundred-Platinum bill, animal liberationists receive government funding to break into animal research labs, and no one gossips with Magnificent Supreme Grobbler during diplomatic summits. Crime, especially youth-related, is totally unknown, thanks to the all-pervasive police force and progressive social policies in education and welfare. Grinning Gobbler's national animal is the Black Bear, which teeters on the brink of extinction due to widespread deforestation, and its national religion is Gobbledegookism.

Grinning Gobbler is ranked 1,992nd in the world and 4th in Nihon for Largest Black Market, with 1,407 trillion Standard Monetary Units.