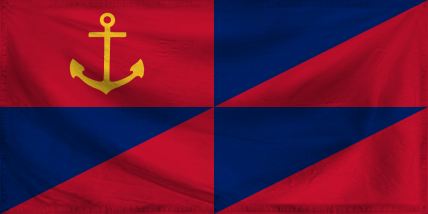 The Principality of Greater Dunlain is a massive, safe nation, ruled by Lily West with an even hand, and renowned for its strictly enforced bedtime, irreverence towards religion, and suspicion of poets. The compassionate population of 1.483 billion Dunlainians are fiercely patriotic and enjoy great social equality; they tend to view other, more capitalist countries as somewhat immoral and corrupt.

The medium-sized, socially-minded government juggles the competing demands of Healthcare, Education, and Administration. It meets to discuss matters of state in the capital city of Palmyra. The average income tax rate is 32.0%, but much higher for the wealthy.

The Dunlainian economy, worth 86.9 trillion Guilds a year, is driven entirely by a combination of government and state-owned industry, with private enterprise illegal. The industrial sector, which is broadly diversified, is dominated by the Information Technology industry, with significant contributions from Tourism, Cheese Exports, and Beef-Based Agriculture. Average income is 58,621 Guilds, and distributed extremely evenly, with little difference between the richest and poorest citizens.

Greater Dunlain is ranked 95,527th in the world and 4,391st in The East Pacific for Least Corrupt Governments, with 93.5 percentage of bribes refused.