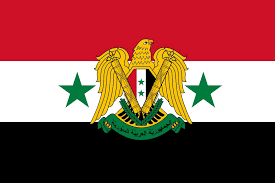 The Supreme National Union of Greater Arab State is a colossal, environmentally stunning nation, ruled by Ahmed Hassan Al-Tikriti with an iron fist, and renowned for its infamous sell-swords, aversion to nipples, and smutty television. The hard-nosed, cynical, humorless, devout population of 7.653 billion Arabs are kept under strict control by the oppressive government, which measures its success by the nation's GDP and refers to individual citizens as "human resources."

The large, corrupt, moralistic, well-organized government prioritizes Defense, although Law & Order, Administration, and Education are also considered important, while Social Policy and International Aid aren't funded at all. It meets to discuss matters of state in the capital city of Baghdad. The income tax rate is 100%.

The frighteningly efficient Arabic economy, worth a remarkable 4,431 trillion Dinars a year, is fairly diversified and mostly comprised of black market activity, especially in Arms Manufacturing, Information Technology, and Book Publishing. State-owned companies are reasonably common. Average income is a breathtaking 578,999 Dinars, with the richest citizens earning 5.8 times as much as the poorest.

Some are born loving old plays and some have old plays thrust upon them, Arabs incessantly needle their doctors for relief, the police strictly enforce off-limit zones for tourists, and the nation's student exchange programs are something of a one way street. Crime, especially youth-related, is totally unknown, thanks to a very well-funded police force and progressive social policies in education and welfare. Greater Arab State's national animal is the Eagle, which soars majestically through the nation's famously clear skies, and its national religion is Arab Nationalism.

Greater Arab State is ranked 231,468th in the world and 1st in International sovereignty pact for Largest Soda Pop Sector, scoring -29.24 on the Addison-Fukk Productivity Rating.