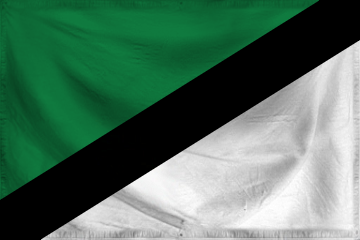 The Democratic Republic of Gragastavia is a gargantuan, efficient nation, ruled by President Farouk Al-Hussein with an even hand, and remarkable for its multi-spousal wedding ceremonies, rampant corporate plagiarism, and ritual sacrifices. The hard-nosed, hard-working, humorless population of 31.906 billion Gragastavians have some civil rights, but not too many, enjoy the freedom to spend their money however they like, to a point, and take part in free and open elections, although not too often.

The medium-sized, corrupt government is primarily concerned with Law & Order, with Education and Healthcare also on the agenda, while Spirituality and Environment receive no funds. It meets to discuss matters of state in the capital city of Al-Duhaba. The average income tax rate is 81.1%, and even higher for the wealthy.

The frighteningly efficient Gragastavian economy, worth a remarkable 8,737 trillion Gragastavian Riyals a year, is quite specialized and mostly comprised of black market activity, especially in Arms Manufacturing, Information Technology, Uranium Mining, and Automobile Manufacturing. State-owned companies are reasonably common. Average income is an amazing 273,843 Gragastavian Riyals, and distributed extremely evenly, with little difference between the richest and poorest citizens.

The people are furious with the government for allowing citizens to be executed for petty crimes in foreign countries, shops were recently ransacked as cigarettes returned to the shelves, citizens live in superstitious fear of the mysterious glowing clouds that float over Gragastavia, and the government is making attempts at curtailing the flood of spam emails with little progress. Crime, especially youth-related, is totally unknown, thanks to the all-pervasive police force and progressive social policies in education and welfare. Gragastavia's national animal is the Camel, which teeters on the brink of extinction due to widespread deforestation, and its national religion is Polatilianism.

Gragastavia is ranked 268,052nd in the world and 28th in Teremara for Most Extreme, scoring 6.12 on the Paul-Nader Subjective Decentrality Index.