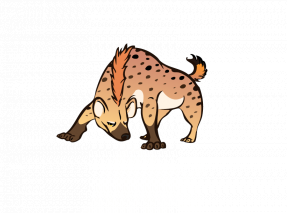 The Inestimably Holy Empire of Gooblaria is a gargantuan, socially progressive nation, ruled by The Chosen One with an even hand, and renowned for its museums and concert halls, ubiquitous missile silos, and absence of drug laws. The hard-nosed, hard-working, humorless, devout population of 16.786 billion Gooblarians enjoy some of the most opulent lifestyles in the region, unless they are unemployed or working-class, in which case they are variously starving to death or crippled by easily preventable diseases.

The relatively small, corrupt, pro-business government juggles the competing demands of Defense, Education, and Industry. It meets to discuss matters of state in the capital city of Goobla. The average income tax rate is 1.1%.

The frighteningly efficient Gooblarian economy, worth a remarkable 6,330 trillion Goobles a year, is broadly diversified and led by the Retail industry, with major contributions from Arms Manufacturing, Information Technology, and Uranium Mining. Average income is an amazing 377,123 Goobles, and evenly distributed, with the richest citizens earning only 3.3 times as much as the poorest.

Military training in Gooblaria emphasizes the tactical advantages of stabbing backs, Gooblarian-made cars tend to catch fire in people's driveways, Christianity now admits men and women into its clergy, and politicians are often seen drinking soft drinks at the end of every public address. Crime is totally unknown. Gooblaria's national animal is the Hyena, which is also the nation's favorite main course, and its national religion is Christianity.

Gooblaria is ranked 1,505th in the world and 20th in Europeia for Most Scientifically Advanced, scoring 847.87 on the Kurzweil Singularity Index.