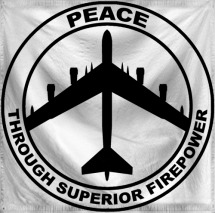 The Autonomous Collective of Gonzlandia is a gargantuan, efficient nation, ruled by Joey Joe-Joe Junior Shabadoo with an even hand, and renowned for its museums and concert halls, free-roaming dinosaurs, and stringent health and safety legislation. The hard-nosed, hard-working, cheerful population of 17.183 billion Gonzlanders enjoy extensive civil freedoms, particularly in social issues, while business tends to be more regulated.

The tiny, liberal government juggles the competing demands of Defense, Education, and Industry. It meets to discuss matters of state in the capital city of Vault 101. Income tax is unheard of.

The frighteningly efficient Gonzlandian economy, worth a remarkable 3,210 trillion Bottlecaps a year, is led by the Information Technology industry, with major contributions from Retail, Book Publishing, and Arms Manufacturing. Black market activity is frequent. Average income is an impressive 186,851 Bottlecaps, and evenly distributed, with the richest citizens earning only 2.7 times as much as the poorest.

Foreign football clubs wave the Gonzlandian flag before every game, citizens living in underground cities have developed a healthy green glow, healthcare workers are flummoxed over the spike in foreign tourists with sudden-onset heart disease, and there's never enough space in space. Crime, especially youth-related, is all-pervasive, probably because of the absence of a police force. Gonzlandia's national animal is the Deathclaw, which is also the nation's favorite main course.

Gonzlandia is ranked 92,404th in the world and 12th in Mordor for Most Politically Free, scoring 66 on the Diebold Election Inking Scale.