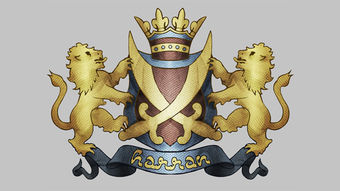 The Queendom of Global Harran is a massive, cultured nation, ruled by Queen Jasmine Morenai with an iron fist, and renowned for its avant-garde cinema, ritual sacrifices, and keen interest in outer space. The hard-nosed, hard-working, cynical population of 3.292 billion Harran Virals are ruled by a mostly-benevolent dictator, who grants the populace the freedom to live their own lives but watches carefully for anyone to slip up.

The medium-sized, corrupt government prioritizes Defense, with Law & Order, Industry, and Education also on the agenda. It meets to discuss matters of state in the capital city of Old Harran. The average income tax rate is 46.3%.

The frighteningly efficient Harran Viral economy, worth 450 trillion Baklavas a year, is broadly diversified and led by the Arms Manufacturing industry, with significant contributions from Information Technology, Retail, and Uranium Mining. Black market activity is notable. Average income is an impressive 136,920 Baklavas, with the richest citizens earning 5.4 times as much as the poorest.

Visitors to Global Harran are microchipped and must be escorted by a Harran Viral soldier - even to the bathroom, police are trained in using their steel-capped boots as a tool of law enforcement, travellers are often forcibly evicted by torch-bearing mobs, and state-sanctioned torture is okay so long as there's no icky blood. Crime, especially youth-related, is totally unknown, thanks to a capable police force and progressive social policies in education and welfare. Global Harran's national animal is the Lion, which teeters on the brink of extinction due to widespread deforestation, and its national religion is Children of the Sun.

Global Harran is ranked 66,654th in the world and 2nd in Astares Covenant for Highest Average Tax Rates, with 46.27 Effective Tax Rate.