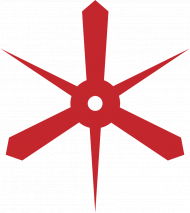 The 🍱🍜天宇・Heavenly Abode🍰🍨 of Gigaverse is a gargantuan, socially progressive nation, ruled by Emperor with a fair hand, and notable for its otherworldly petting zoo, keen interest in outer space, and punitive income tax rates. The compassionate, hard-working, democratic, cheerful, devout population of 21.587 billion Res sapientes hold their civil and political rights very dear, although the wealthy and those in business tend to be viewed with suspicion.

The medium-sized, liberal, outspoken government juggles the competing demands of Industry, Education, and Defense. It meets to discuss matters of state in the capital city of Earth. The income tax rate is 100%.

The frighteningly efficient Homely economy, worth a remarkable 9,350 trillion Circles a year, is fairly diversified and led by the Tourism industry, with major contributions from Information Technology, Book Publishing, and Basket Weaving. Average income is an amazing 433,152 Circles, and evenly distributed, with the richest citizens earning only 3.3 times as much as the poorest.

All guns must be registered, in a fit of passion Emperor has shredded thirty years' worth of petitions, heavily stoned police officers are unsure whether the recent directive to 'clean up the streets' means arresting drug dealers or hosing down the sidewalk, and anti-government political posters adorn every building like wallpaper. Crime is totally unknown. Gigaverse's national animal is the Crane, which frolics freely in the nation's many lush forests, and its national religion is Godway.

Gigaverse is ranked 113,109th in the world and 9th in Nationalist Commonwealth of Free Regions for Largest Black Market, with 352 billion Standard Monetary Units.

Most Recent Government Activity: 24 minutes ago