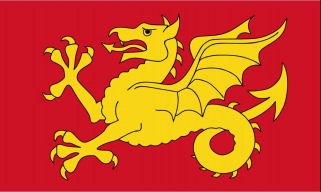 The Federation of Gewisse is a gargantuan, cultured nation, renowned for its compulsory vegetarianism, unlimited-speed roads, and absence of drug laws. The compassionate, democratic population of 10.982 billion West Saxons hold their civil and political rights very dear, although the wealthy and those in business tend to be viewed with suspicion.

The medium-sized, liberal, outspoken government juggles the competing demands of Education, Environment, and Healthcare. It meets to discuss matters of state in the capital city of New Exeter. The average income tax rate is 67.8%, and even higher for the wealthy.

The powerhouse Gewissean economy, worth a remarkable 1,179 trillion Pounds a year, is highly specialized and led by the Information Technology industry, with major contributions from Tourism and Book Publishing. State-owned companies are common. Average income is an impressive 107,446 Pounds, and distributed extremely evenly, with little difference between the richest and poorest citizens.

Referenda can be called for any law at the request of at least one third of the voting population, eminent domain has been abolished, ethnic minorities are often refused admission to some of the nation's best schools, and the government puts forth the claim that harming young girls is wrong. Crime is totally unknown, thanks to a capable police force and progressive social policies in education and welfare. Gewisse's national animal is the Wyvern, which frolics freely in the nation's many lush forests.

Gewisse is ranked 208,795th in the world and 1,143rd in 10000 Islands for Largest Furniture Restoration Industry, scoring -6.93 on the Spitz-Pollish Productivity Index.