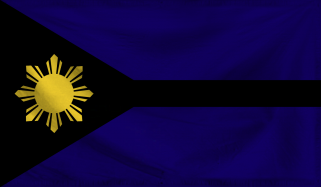 The Kingdom of
Gerskidus
Father Knows Best State
We were, we are, we will be.
Influence
Contender
Region
Albion
Civil Rights
Good
Economy
Frightening
Political Freedom
Rare

The Kingdom of Gerskidus is a gargantuan, orderly nation, ruled by Balazar with an iron fist, and notable for its pith helmet sales, frequent executions, and devotion to social welfare. The hard-nosed, cynical population of 10.348 billion Gerskidians are ruled by a mostly-benevolent dictator, who grants the populace the freedom to live their own lives but watches carefully for anyone to slip up.

The large, corrupt, well-organized government juggles the competing demands of Defense, Education, and Healthcare. It meets to discuss matters of state in the capital city of Oxios. The average income tax rate is 88.7%, and even higher for the wealthy.

The frighteningly efficient Gerskidian economy, worth a remarkable 1,557 trillion marks a year, is quite specialized and led by the Tourism industry, with significant contributions from Arms Manufacturing, Book Publishing, and Information Technology. Average income is an impressive 150,505 marks, and distributed extremely evenly, with little difference between the richest and poorest citizens.

The Foreign Ministry thinks an eye for an eye is a blindingly good idea, the dessert 'Death by Chocolate' isn't the most lethal dish on the menu, signs at the border tell international drivers where they can put their cars, and the military maintains a fierce arsenal of 'Cure Missiles'. Crime, especially youth-related, is totally unknown, thanks to a well-funded police force and progressive social policies in education and welfare. Gerskidus's national animal is the Wyvern, which frolics freely in the nation's many lush forests.

Gerskidus is ranked 14,852nd in the world and 5th in Albion for Most Subsidized Industry, scoring 6,467.04 on the Gilded Widget Scale.