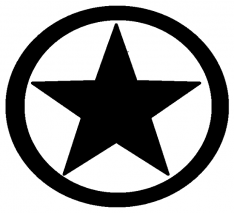 The Galactic Empire of Germanic Templars is a gargantuan, safe nation, ruled by Immortal Emperor Thriller with an even hand, and renowned for its keen interest in outer space, infamous sell-swords, and parental licensing program. The hard-nosed, hard-working, cheerful, devout population of 19.751 billion Templars are either ruled by a sleek, efficient government or a conglomerate of multinational corporations; it's difficult to tell which.

The relatively small government juggles the competing demands of Defense, Education, and Law & Order. It meets to discuss matters of state in the capital city of Romlin. Citizens pay a flat income tax of 10.6%.

The all-consuming Germanic Templar economy, worth a remarkable 3,237 trillion Madilin Coins a year, is broadly diversified and led by the Tourism industry, with major contributions from Information Technology, Arms Manufacturing, and Book Publishing. Average income is an impressive 163,916 Madilin Coins, with the richest citizens earning 9.3 times as much as the poorest.

People's charity begins and ends at home, Immortal Emperor Thriller sports gold-plated grillz to promote the government's hard money policy, political candidates recite daily pledges of loyalty to their chosen party, and earthquake sirens are a leading cause of hearing loss. Crime, especially youth-related, is totally unknown, thanks to a capable police force and progressive social policies in education and welfare. Germanic Templars's national animal is the German Shepherd, which frolics freely in the nation's many lush forests, and its national religion is Catholicism.

Germanic Templars is ranked 134,297th in the world and 7th in The Crimson Continents of Korthrall for Largest Automobile Manufacturing Sector, scoring -2 on the Henry Ford Productivity Index.