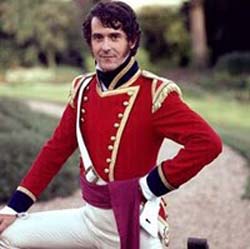 The Self-Indulgent Narcissism of George Wickham is a gargantuan, safe nation, remarkable for its punitive income tax rates, restrictive gun laws, and stringent health and safety legislation. The hard-nosed, cynical population of 21.799 billion George Wickhamians are ruled without fear or favor by a psychotic dictator, who outlaws just about everything and refers to the populace as "my little playthings."

The enormous, moralistic, socially-minded, well-organized government is primarily concerned with Law & Order. The average income tax rate is 53.5%, and even higher for the wealthy.

The sizeable but stagnant George Wickhamian economy, worth 62.7 trillion Pounds a year, is highly specialized and led by the Arms Manufacturing industry, with major contributions from Trout Farming, Book Publishing, and Beef-Based Agriculture. Black market activity is frequent. State-owned companies are common. Average income is 2,875 Pounds, and distributed extremely evenly, with practically no difference between the richest and poorest citizens.

Crime is totally unknown, thanks to the all-pervasive police force. George Wickham's national animal is the Pound, which frolics freely in the nation's many lush forests.

George Wickham is ranked 144,121st in the world and 1st in Meryton for Largest Trout Fishing Sector, scoring 377.09 on the Nemo Depletion Efficiency Index.