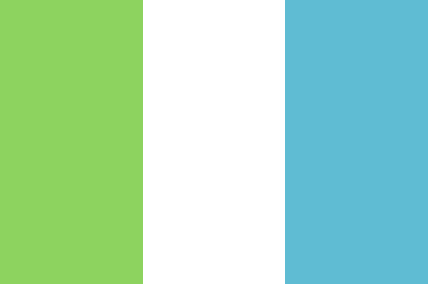 The Principality of
Genovia
Anarchy

The Principality of Genovia (The Princess Diaries)

A lot of people ask: where is Genovia? And is Genovia real? Find out all about the location of Genovia and much more!
Genovia
Principality of Genovia

Anthem: "Genovia, the land I call my home"

Genovia, officially known as the Principality of Genovia or the Kingdom of Genovia is a sovereign city-state and country located in Western Europe. France and Spain are borders the country on four sides while the other side borders the Mediterranean Sea.

Genovia was founded on January 13th, 1704 when France agreed to a treaty to allow the province of

Genovia to be set free. The small province, then of 70,000 people, is about the size of Kanawha County, West Virginia. In 1704, when the Constitution of the Nation was written, the nation intended to move forward with the Monarchy. The Monarchy is what led to the treaty. It was agreed that the Monarch should be able to rule his own nation, therefore, a treaty was set forth. King Andrew Lendothal I was the first King of

Genovia. In 1732, King Andrew I passed away and left the throne to his wife, Queen Emily. Queen Emily died in 1740. Their son, Prince Andrew II became king. Andrew and his wife Carla ruled until 1764, when they were assassinated during an on-going war between several European Tribes. Their daughter, Princess Elana became Queen. Elana ruled until 1802 when she died. Elana's death brought an end to the Lendothal Rule. Taking over was the Tokein house. Carl Tokein became king. Tokein was 80 at the time and died in 1808. His son Greg came to power. Greg ruled until 1840. In 1840 he died and his son Jimmy came to power. Jimmy ruled until 1842 when he died of a heart attack. The Tokein house quickly ended. Amy Rhoades came to the throne bringing the Rhoades to a power they would hold to this day. Amy Rhoades was only 28 upon the taking of the throne. In 1905, Rhoades passed away and her husband John Rhoades ruled until his death in 1910. Their grandson was next in line following the unexpected death of their son. Their grandson, Alexander I would hold the throne until 1970 upon his death. It was during his reign that in 1950, the Monarchy lost actual power and became ceremonial with slight power. His Daughter Ann came to the throne but died in 1990. Her daughter, Clarice came to the throne and remains there today.

The House of Lendothal ruled

Genovia. The family brought the highest taxes on the poor. The average tax under their rule was 88%. Rich paid a 2% tax. The legislature was abolished under Andrew II. Elana ordered the beheading of more than 2,000 people that opposed her rule.

The Tokeins only ruled 1802 to 1840. The short hold of rule led to little production. In fact, none at all.

The house of Rhodes has ruled since 1840. It is currently the longest serving house. Amy Rhoades was the first to bring the family to the throne. Queen Amy was considered the best queen at the time. Now only behind Clarice. Amy immediately switched taxes to 25% for all people. In 1900, shortly before her death, she brought back the Parliment. In 1905, when she died, her husband John ruled. In 1910, Alexander I came to power. In 1950, he ordered a change in Government. Alexander wanted to reduce the power of the monarchy to hold the nation in balance. In 1950, he established the 1950 Constitution which established a bicameral Parliment and a Presidential office. In 1970 he died. In 1990, Ann died and Clarice came to rule. Clarice has been ruling since 1990. Her rein has included the best economic times in the nation's history.

The Genovia map and location

Genovia. There are 31 provinces at present, further subdivided into cities and municipalities.

Genovia is a principality governed under a form of unitary parliamentary constitutional monarchy, with Queen Amelia of Genovia as the head of state and Prime Minister Alice C. Goldwater as the head of government.

During the Sercian-Genovian War, The Genovian Royal Family and the Monarchy Government of the Kingdom of Genovia in the mainland principality country was retreating them all in Pyrus and around in Southern Genovia was coming them to invasion by the Sercian Republican troops to mainland attack by the Royal Genovian forces due to war and transferred in Lexington on Northern Genovia. The Monarchy Government of the Kingdom of Genovia was the newly country of establishment as North Genovia and newly capital city of Lexington.

The Duke and Duchess of Wesperlin, Prince Pavlos and Princess Madeline are leaves in the Royal Family and the Monarchy Government in South Genovia under the Sercian Military Occupation and the newly Puppet Republic and turns as the joining guerrilla movement and regular military organizers are becomes as the Chairperson of the Insurgent Monarchy Government and establishes of the Interim Government of the Kingdom of Genovia or Free Genovian Forces & Movement was prepare the occupation conflicts in South Genovia against the enemy between the Sercian-Genovian War & Genovian Civil War.

Russia:
1. Continues to suffer 50% annual inflation rate and a massive recession
2. Relations between the two are strained thanks to a refusal to provide assistance to Russia
3. Relations improved during 2010, when President Denathor visited Russia

United States:
1. They share a strained relationship due to disagreements on most issues between Obama and Denathor; has been like this since Reagan left office.
2. Nations refuse to meet with each other and have not since 1989.

China, Japan, North Korea, Iran, Venezula, and Lebanon
1. No contact, trade, or any relations whatsoever between these nations.

Genovia has refused to even mention these nations and has never even met with any of them.

The world-famous pears of

Our white sand beaches, turquoise waters, and sun-filled skies (average median temperature: 24 degree Celsius year round) make this mile-long principality a slice of paradise on the Cote d'Azur. With our five-star hotels, restaurants, casinos, and luxury shopping, visitors to

Genovia never have to compromise. Tour the Palais Royales, home to the Renaldos, the royal family of Genovia-then bask in the glow of a famous pink and gold French Riviera sunset, while enjoying cocktails overlooking the Mediterranean. Visit Genovia... come home to heaven.

Genovia has a very rich culture. As a result of its history and geographical position, its culture contains much French influence, but ever since its official independence, it has been busy at work to create a national culture that is independent and different from France. So far,

Genovia has made great progress towards this goal.

The family is one of the greatest pillars of Genovian society. Families regularly attend Sunday Roman Catholic masses, and there are very few divorces, runaways, or extramarital affairs.

The cuisine of Genovia, since the nation's independence, has developed into an amazingly unique Western European style, which at times even rivals the cuisine of its nearby neighbours. Genovian cuisine is undoubtedly ranked as some of the best in the world.

On Genovia's independence day, it is traditional for public feasts to be held throughout the country, in places like plazas, courtyards, fields, homes, and gardens.

Genovia's official religion (93%), but the right to practice any religion, without infringement, is enshrined in the nation's constitution. The second largest religious group is the Jewish faith. During World War II, Jews escaping the Holocaust used Genovia as a secret safe haven, and were kept hidden from enemies by the predominantly Roman Catholic Genovian people. At the end of the war most of the Jews emigrated to places like the United States or Israel, however, a few small Jewish families made Genovia their home. There are currently three Hebrew members of parliament.

Q. Is Genovia a real country?
A. No, Genovia is a fictional country from the 2001 film The Princess Diaries featuring Anne Hathaway and Julie Andrews.

This similarity becomes quite obvious when you compare the fictional Genovian 'House of Renald' with the actual Monégasque 'House of Grimaldi'.

Q. What is Genovia famous for?
A. This can only be the world-famous pears of Genovia.

Q. Where is Genovia located on the world map?
A. In the film, Genovia is a small country located between France and Spain, similar to the real-life principality of Andorra.

Q. where is genovia filmed
A. The film was shot in Southern California; the enormous palace set was built at the Disney Golden Oak Ranch.

The Principality of Genovia