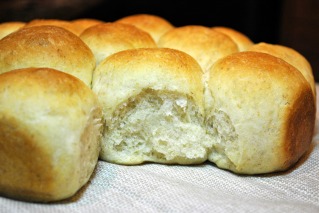 The Bakery of Gender rolls is a colossal, safe nation, ruled by Party Buns with a fair hand, and renowned for its keen interest in outer space, multi-spousal wedding ceremonies, and absence of drug laws. The compassionate, democratic, cheerful population of 9.993 billion Gender Rollsians are free to do what they want with their own bodies, and vote for whomever they like in elections; if they go into business, however, they are regulated to within an inch of their lives.

The enormous, liberal, outspoken government juggles the competing demands of Education, Environment, and Welfare. It meets to discuss matters of state in the capital city of Gender Rolls Bakery. The income tax rate is 100%.

The frighteningly efficient Gender rollsian economy, worth a remarkable 2,041 trillion Buttered Rolls a year, is driven entirely by a combination of government and state-owned industry, with private enterprise illegal. The industrial sector, which is extremely specialized, is mostly made up of the Information Technology industry, with significant contributions from Book Publishing. Average income is an amazing 204,287 Buttered Rolls, and distributed extremely evenly, with little difference between the richest and poorest citizens.

Nude art is becoming wildly popular, the government sends submarines to retrieve bodies from shipwrecked submarines, recognizing the Gender rollsian flag qualifies you for citizenship, and Party Buns is too busy listening to praise to get any work done. Crime is totally unknown. Gender rolls's national animal is the Garlic Knot, which frolics freely in the nation's many lush forests, and its national religion is The Great Bun in the Sky.

Gender rolls is ranked 1,079th in the world and 8th in Gay for Healthiest Citizens, with 31.94 Bananas Ingested Per Day.