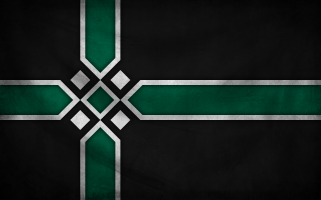 The Thanatocracy of Geisterwald is a colossal, socially progressive nation, ruled by Grand Duke Ludwig Von Geisterwald with an iron fist, and renowned for its deadly medical pandemics, public floggings, and irreverence towards religion. The hard-nosed, hard-working, cynical population of 8.886 billion Geisterwalders are rabid consumers, partly through choice and partly because the government tells them to and dissenters tend to vanish from their homes at night.

The relatively small, corrupt, well-organized government prioritizes Defense, with Environment, Industry, and Education also on the agenda, while Welfare and Social Policy are ignored. It meets to discuss matters of state in the capital city of Castle Konigsgrab. Citizens pay a flat income tax of 15.2%.

The frighteningly efficient Geisterwaldan economy, worth a remarkable 1,821 trillion Golden Schadel-Kronts a year, is fairly diversified and led by the Retail industry, with major contributions from Arms Manufacturing, Information Technology, and Tourism. Black market activity is frequent. Average income is an amazing 204,935 Golden Schadel-Kronts, but there is a large disparity between incomes, with the richest 10% of citizens earning 892,202 per year while the poor average 29,794, a ratio of 29.9 to 1.

Families must live in a village for a century before they get any say in how it runs, school uniforms are compulsory, the military maintains a fierce arsenal of 'Cure Missiles', and the term cold case has taken on a very literal meaning. Crime is a major problem, with the police force struggling against a lack of funding and a high mortality rate. Geisterwald's national animal is the Ram, which frolics freely in the nation's many lush forests, and its national religion is None.

Geisterwald is ranked 9,480th in the world and 2nd in Galts Gulch for Largest Gambling Industry, scoring 8,936.18 on the Kelly Criterion Productivity Index.