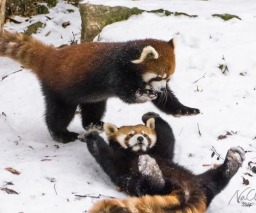 The Holy Empire of Garbageword is a gargantuan, cultured nation, remarkable for its museums and concert halls, ban on automobiles, and anti-smoking policies. The compassionate, hard-working, democratic population of 10.874 billion Garbagewordians have some civil rights, but not too many, enjoy the freedom to spend their money however they like, to a point, and take part in free and open elections, although not too often.

The large government prioritizes Education, although Environment, Administration, and Industry are also considered important, while Spirituality isn't funded at all. The average income tax rate is 98.7%.

The frighteningly efficient Garbagewordian economy, worth a remarkable 2,850 trillion gw dollars a year, is quite specialized and mostly made up of the Information Technology industry, with significant contributions from Tourism, Arms Manufacturing, and Book Publishing. Average income is an amazing 262,162 gw dollars, and evenly distributed, with the richest citizens earning only 2.4 times as much as the poorest.

Polite commuters on the Garbageword City Metro always let hurried workers off the train first, there's no weight to modern politics, one does not simply walk into the tundra, and politicians spend more time in courtrooms than in Parliament. Crime is totally unknown. Garbageword's national animal is the red panda, which frolics freely in the nation's many lush forests.

Garbageword is ranked 2,015th in the world and 57th in the Rejected Realms for Most Advanced Public Education, scoring 19,590.55 on the Edu-tellignce® Test Score.