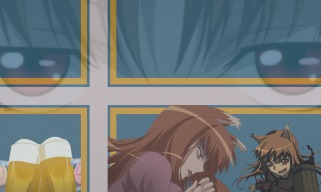 The Principality of Gallia- is a gargantuan, efficient nation, ruled by Prime Minister Kjell Vikernes with an even hand, and renowned for its national health service, keen interest in outer space, and vat-grown people. The hard-nosed, humorless population of 16.749 billion Gallans have some civil rights, but not too many, enjoy the freedom to spend their money however they like, to a point, and take part in free and open elections, although not too often.

The medium-sized, corrupt government juggles the competing demands of Education, Industry, and Law & Order. It meets to discuss matters of state in the capital city of Kiruna. The average income tax rate is 71.9%, and even higher for the wealthy.

The frighteningly efficient Gallan economy, worth a remarkable 3,029 trillion thalers a year, is driven entirely by a combination of government and state-owned industry, with private enterprise illegal. The industrial sector, which is broadly diversified, is dominated by the Information Technology industry, with significant contributions from Arms Manufacturing, Uranium Mining, and Retail. Average income is an impressive 180,848 thalers, and distributed extremely evenly, with little difference between the richest and poorest citizens.

Litter collection has replaced fast food as the most popular after-school job, kindergartners' favourite dance move is the stop-drop-and-roll, politicians accepting drinks in bars are executed for taking bribes, and school lockers are filled with fancy underwear. Crime, especially youth-related, is totally unknown, thanks to a capable police force and progressive social policies in education and welfare. Gallia-'s national animal is the fox, which teeters on the brink of extinction due to widespread deforestation.

Gallia- is ranked 18,826th in the world and 2nd in Maredoratica for Most Developed, scoring 83.74 on the Human Development Index.