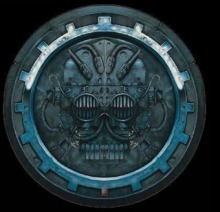 The Landsraad Hegemony of G-Tech Corporation is a gargantuan, cultured nation, ruled by Hegemon Winthrop Eddleton the Younger with an even hand, and notable for its digital currency, national health service, and keen interest in outer space. The hard-nosed, cynical, humorless, devout population of 22.307 billion Landsers are fiercely patriotic and enjoy great social equality; they tend to view other, more capitalist countries as somewhat immoral and corrupt.

The tiny, corrupt government juggles the competing demands of Defense, Education, and Law & Order. It meets to discuss matters of state in the capital city of Spire of Eternity. The average income tax rate is 3.8%, but much higher for the wealthy.

The frighteningly efficient Hegemonic economy, worth a remarkable 9,523 trillion Esardoes a year, is broadly diversified and led by the Information Technology industry, with major contributions from Arms Manufacturing, Tourism, and Automobile Manufacturing. Black market activity is extensive. State-owned companies are common. Average income is an amazing 426,916 Esardoes, and distributed extremely evenly, with little difference between the richest and poorest citizens.

The nation's atlases tend to go out of date every few weeks, unpackaged foodstuffs rot on store shelves, the NHS is snowed under by requests for crisper ciabatta and tenderer tagliatelle, and mathematicians are gathering an infinite number of Elvardian Seerials and typewriters to see if they can recreate the works of Max Barry. Crime, especially youth-related, is totally unknown. G-Tech Corporation's national animal is the Elvardian Seerial, which frolics freely in the nation's many lush forests, and its national religion is Evangelical Christianity.

G-Tech Corporation is ranked 37,201st in the world and 1st in The Pristine Wilderness for Most Authoritarian, with 1,342.44 milliStalins.