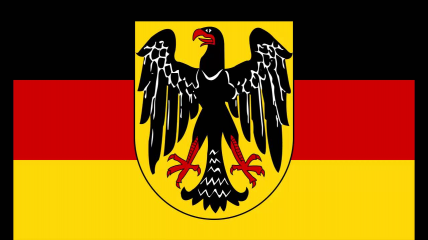 The Federal Republic of Germany of FRG is a gargantuan, cultured nation, ruled by Konrad Adenauer with a fair hand, and notable for its strictly enforced bedtime, daily referendums, and spontaneously combusting cars. The hard-nosed, hard-working, democratic, cheerful population of 26.592 billion FRGians live in a state of perpetual fear, as a complete breakdown of social order has led to the rise of order through biker gangs.

The minute, pro-business government, or what there is of one, juggles the competing demands of Industry, Education, and Defense. It meets to discuss matters of state in the capital city of Bonn. Income tax is unheard of.

The frighteningly efficient FRGian economy, worth a remarkable 5,765 trillion Marks a year, is driven almost entirely by the private sector, which is broadly diversified and led by the Arms Manufacturing industry, with major contributions from Information Technology, Book Publishing, and Soda Sales. Average income is an amazing 216,801 Marks, but there is a vast disparity between incomes, with the richest 10% of citizens earning 1,997,332 per year while the poor average 2,379, a ratio of 839 to 1.

Claiming to have performed the Heimlich Maneuver is a popular defense for assault charges, politicians tend to jump ship to whichever party is currently leading in the polls, agricultural employees work for peanuts, and religious turf wars have caused frustrated police to pray for divine intervention. Crime, especially youth-related, is all-pervasive, probably because of the absence of a police force. FRG's national animal is the Bundesadler, which is also the nation's favorite main course.

FRG is ranked 57,271st in the world and 58th in belgium for Most Advanced Public Education, scoring 2,761.19 on the Edu-tellignce® Test Score.