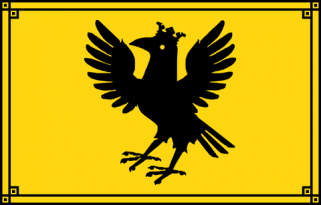 The Disputed Territory of Free Port of Cristina is a gargantuan, socially progressive nation, ruled by Queen Nova Maxima Korvini with an even hand, and remarkable for its pith helmet sales, daily referendums, and free-roaming dinosaurs. The hard-nosed, hard-working, humorless, devout population of 10.987 billion Cristineses are either ruled by a sleek, efficient government or a conglomerate of multinational corporations; it's difficult to tell which.

The tiny, corrupt, pro-business government juggles the competing demands of Education, Industry, and Defense. It meets to discuss matters of state in the capital city of Cristina. Citizens pay a flat income tax of 19.9%.

The frighteningly efficient Cristinese economy, worth a remarkable 4,262 trillion Digital Lindas a year, is broadly diversified and led by the Information Technology industry, with significant contributions from Arms Manufacturing, Tourism, and Retail. Average income is an amazing 388,002 Digital Lindas, but there is a large disparity between incomes, with the richest 10% of citizens earning 1,819,440 per year while the poor average 49,331, a ratio of 36.9 to 1.

The "right of sanctuary" stops police pursuit into temples and churches, unused plastic recycling bins are being dumped into landfills by the tonne, the government denies that it has an agency overseeing plausible deniability of black-ops agencies, and a shocking number of estate planners are beneficiaries of their clients' wills. Crime is totally unknown. Free Port of Cristina's national animal is the crow, which soars majestically through the nation's famously clear skies, and its national religion is Cristinese Orthodox Church.

Free Port of Cristina is ranked 76,479th in the world and 77th in Eurth for Largest Pizza Delivery Sector, scoring 2,256.26 on the Pepperoni Propulsion Productivity Index.

Most Recent Government Activity: 84 minutes ago