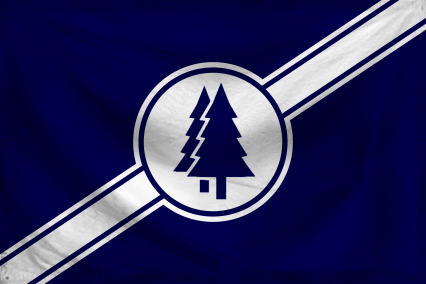 The Constitutional Monarchy of Free Azell is a colossal, socially progressive nation, ruled by King Jeremy with an even hand, and remarkable for its museums and concert halls, strictly enforced bedtime, and punitive income tax rates. The hard-nosed population of 7.409 billion Free Azellians have some civil rights, but not too many, enjoy the freedom to spend their money however they like, to a point, and take part in free and open elections, although not too often.

The government — a sprawling, bureaucracy-choked morass — juggles the competing demands of Healthcare, Education, and Administration. It meets to discuss matters of state in the capital city of Albany. The average income tax rate is 87.3%, and even higher for the wealthy.

The frighteningly efficient Free Azellian economy, worth 573 trillion rupees a year, is highly specialized and mostly made up of the Book Publishing industry, with significant contributions from Woodchip Exports and Basket Weaving. State-owned companies are reasonably common. Average income is 77,381 rupees, and distributed extremely evenly, with little difference between the richest and poorest citizens.

Boats straying just metres away from the shore will raise the ire of the Coast Guard, the Messiah (formerly known as Brian) is a mayoral candidate, teenagers performing appendectomies on their friends has become a popular schoolyard prank, and freed serfs and former nobles exchange awkward glances in the produce aisle. Crime is totally unknown, thanks to the all-pervasive police force and progressive social policies in education and welfare. Free Azell's national animal is the swan, which frolics freely in the nation's many lush forests.

Free Azell is ranked 3,491st in the world and 178th in Conch Kingdom for Most World Assembly Endorsements, with 65 valid endorsements.

Union of American Communists, and 15 others.