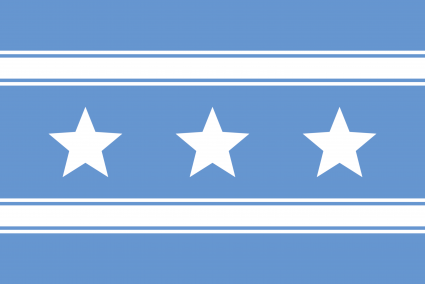 The Federal Republic of Foxomexra is a massive, socially progressive nation, ruled by Wilson Harrison with a fair hand, and notable for its compulsory military service, irreverence towards religion, and stringent health and safety legislation. The hard-nosed, democratic population of 4.386 billion Foxomexrans hold their civil and political rights very dear, although the wealthy and those in business tend to be viewed with suspicion.

The large government juggles the competing demands of Healthcare, Education, and Defense. It meets to discuss matters of state in the capital city of Ardgan. The average income tax rate is 43.0%, but much higher for the wealthy.

The Foxomexran economy, worth 156 trillion Republic Marks a year, is quite specialized and led by the Book Publishing industry, with major contributions from Trout Farming, Furniture Restoration, and Woodchip Exports. State-owned companies are reasonably common. Average income is 35,591 Republic Marks, and distributed extremely evenly, with little difference between the richest and poorest citizens.

Body doubles and armed bodyguards escort witnesses to and from courtrooms, religious households enthusiastically use whips in private, college athletes are arrested for selling lemonade, and it is illegal for police officers to carry out searches due to strict privacy laws. Crime, especially youth-related, is totally unknown, thanks to a well-funded police force and progressive social policies in education and welfare. Foxomexra's national animal is the Fox, which frolics freely in the nation's many lush forests, and its national religion is Church of Solarity.

The City of The Androren Spear,