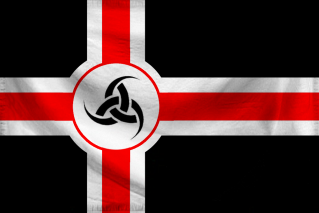 The Constitutional Monarchy of Forthampton is a gargantuan, socially progressive nation, ruled by Aaron Bailey with a fair hand, and renowned for its smutty television, free-roaming dinosaurs, and parental licensing program. The hard-nosed, democratic, humorless population of 19.361 billion Forthamptonians hold their civil and political rights very dear, although the wealthy and those in business tend to be viewed with suspicion.

The medium-sized government juggles the competing demands of Defense, Law & Order, and Industry. It meets to discuss matters of state in the capital city of Evesham. The average income tax rate is 81.1%, and even higher for the wealthy.

The frighteningly efficient Forthamptonian economy, worth a remarkable 3,591 trillion Pound Sterlings a year, is broadly diversified and led by the Information Technology industry, with major contributions from Arms Manufacturing, Uranium Mining, and Tourism. State-owned companies are common. Average income is an impressive 185,523 Pound Sterlings, and evenly distributed, with the richest citizens earning only 2.3 times as much as the poorest.

Diplomatic missions typically end with a flurry of childish insults, accusations and phlegm, sleep-deprived officials are known to collapse after late night revision for their examinations, tourists outnumber citizens two to one, and the government's giant servers are often used as a tourist trap. Crime, especially youth-related, is totally unknown, thanks to a well-funded police force and progressive social policies in education and welfare. Forthampton's national animal is the Eagle, which teeters on the brink of extinction due to toxic air pollution.

Forthampton is ranked 14,720th in the world and 9th in Aeia for Longest Average Lifespans, with 90.63 Years.