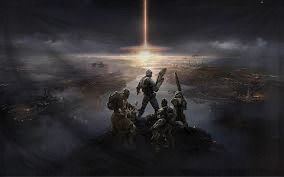 The Nomadic Peoples of Forgotton Warriors is a gargantuan, efficient nation, ruled by The Warrior with an iron fist, and remarkable for its zero percent divorce rate, frequent executions, and triple-decker prams. The hard-nosed, hard-working, cynical, humorless, devout population of 14.153 billion Forgotton Warriors are ruled with an iron fist by the corrupt, dictatorship government, which oppresses anyone who isn't on the board of a Fortune 500 company. Large corporations tend to be above the law, and use their financial clout to gain ever-increasing government benefits at the expense of the poor and unemployed.

The relatively small, corrupt, moralistic, pro-business, well-organized government juggles the competing demands of Industry, Defense, and Law & Order. It meets to discuss matters of state in the capital city of Forgotton Warriors City. Citizens pay a flat income tax of 45.1%.

The frighteningly efficient Forgotton Warriorsian economy, worth a remarkable 4,320 trillion Memories a year, is broadly diversified and led by the Arms Manufacturing industry, with major contributions from Information Technology, Uranium Mining, and Woodchip Exports. Black market activity is rampant. Average income is an amazing 305,247 Memories, but there is a vast disparity between incomes, with the richest 10% of citizens earning 2,369,033 per year while the poor average 10,225, a ratio of 231 to 1.

Politicians preface their speeches with a declaration that any resemblance to speeches given by individuals living or dead is purely coincidental, adverts depict men giving birth while cursing the women who got them into trouble, frequent broken zippers have resulted in safety pins making a fashion comeback, and pocket dialling is a criminal offence. Crime, especially youth-related, is totally unknown, thanks to a capable police force and progressive social policies in education and welfare. Forgotton Warriors's national animal is the Forgetful, which is also the nation's favorite main course, and its national religion is The Forgotton.

Forgotton Warriors is ranked 4,219th in the world and 87th in Europe for Most Efficient Economies, scoring 100.29 on the Krugman-Greenspan Business Outlook Index.