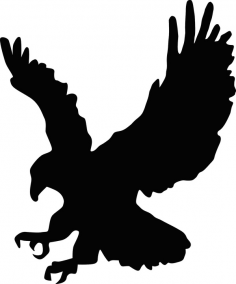 The Rights of Flying Eagles is a massive, safe nation, ruled by Defender with an even hand, and notable for its ban on automobiles, devotion to social welfare, and stringent health and safety legislation. The compassionate, democratic population of 4.327 billion Eagles are fiercely patriotic and enjoy great social equality; they tend to view other, more capitalist countries as somewhat immoral and corrupt.

The government — a sprawling, bureaucracy-choked morass — juggles the competing demands of Education, Administration, and Environment. It meets to discuss matters of state in the capital city of Defenderville. The average income tax rate is 93.1%, and even higher for the wealthy.

The powerhouse Eagleian economy, worth 402 trillion Flyers a year, is highly specialized and mostly made up of the Tourism industry, with significant contributions from Book Publishing and Cheese Exports. State-owned companies are reasonably common. Average income is 93,000 Flyers, and distributed extremely evenly, with little difference between the richest and poorest citizens.

City workers have declared that rolling markets aren't good for business after all, an increasing percentage of the population's youth have homosexual parents, Defender's pathetic ghost costume is the butt of many jokes (Flying Eagles has found 1 easter egg), and military pistols are more secure than the national treasury. Crime, especially youth-related, is totally unknown, thanks to a well-funded police force and progressive social policies in education and welfare. Flying Eagles's national animal is the Eagle, which soars majestically through the nation's famously clear skies, and its national religion is Defenderism.