The Zionist Republic of Flor-Fina is a gargantuan, socially progressive nation, remarkable for its compulsory military service, ubiquitous missile silos, and punitive income tax rates. The compassionate, hard-working, devout population of 28.376 billion Flor-Finans have some civil rights, but not too many, enjoy the freedom to spend their money however they like, to a point, and take part in free and open elections, although not too often.

The government — a sprawling, bureaucracy-choked morass — juggles the competing demands of Education, Law & Order, and Defense. It meets to discuss matters of state in the capital city of Jerusalem. The average income tax rate is 89.7%, and even higher for the wealthy.

The frighteningly efficient Flor-Finan economy, worth a remarkable 2,381 trillion Dollars a year, is highly specialized and led by the Information Technology industry, with major contributions from Book Publishing and Arms Manufacturing. Average income is 83,920 Dollars, and distributed extremely evenly, with little difference between the richest and poorest citizens.

Bins outnumber trees in city parks, translators have been hired to deal with the varying regional accents during national political debates, the tomato-covered corpses that decorate the nation's cities are a favourite amongst morbid tourists, and captains must wait until all rats are safe before jumping ship. Crime, especially youth-related, is totally unknown, thanks to the all-pervasive police force and progressive social policies in education and welfare. Flor-Fina's national animal is the Mourning dove, which soars majestically through the nation's famously clear skies, and its national religion is Christian Zionist.

Flor-Fina is ranked 14,941st in the world and 2nd in Israel for Most Developed, scoring 87.18 on the Human Development Index. 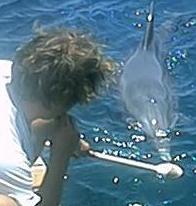