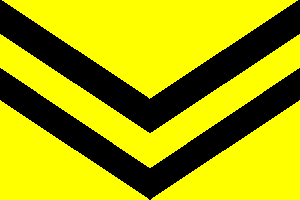 Flavovespia is an island nation with a population of approximately 20 million people. Although the island has been inhabited for hundreds of years, the Republic of Flavovespia as one united nation has only truly existed for a period of few decades, and even in those decades faced a political reformation. The capital city is Waldster, and the largest city is Hadford Hill.

History
The first settlers came to the island in 389BU. At the time, no true name was given to the island, but was nicknamed "Hornet Land" by some, due to the perceived abundance of Hornets.

The first political union on the island, which sought to unify the variety of city states came in 100BU. The "Union of Greater Waldster", henceforth known as UGW, sought to appoint a government to oversee all areas of the island. Although the majority of the islands city states were members, issues often arose with a lack of uniformity, power imbalances, and the difference between the typically socialist city and capital of Waldster, the more conservative areas of the largest city of Hadford Hill, and the liberal conservative St Astons.

In 22BU, the formation of the "Confederate Cities of Greater Waldster" (CCGW) began, to replace the UGW. What should have been the path to unification lead to another crisis, with Hadford Hill, St Astons and other areas refusing to even sit in the parliament.

Over time the CCGW strengthened, at the expense of the independent city states. Finally in the year 6BU, after economic stagnation and a loss of confidence in the Independence government, Hadford Hill accepted membership of the CCGW, and by 4BU the whole nation was unified. It was decided then to replace the CCGW with a new nation, The Republic of Greater Waldster*

In the year 16AU, tensions over the naming of the nation, along with other constitutional and political issues came to a head. After a prolonged period of negotiation, a referendum on the name of the nation and balance of powers was proposed to break the impasse, to prevent a full revolt that threatened to split the island into multiple independent states. After it passed narrowly, the name of the nation was changed to Republic of Flavovespia. The new name paid homage to the original "inhabitants" of the island, as described by the first settlers, and finally removed the injustices some of the Northern and Western areas felt over a whole nation being seen as an extension of the south-eastern capital city.

Politics
The Flavovespian Parliament is a unicameral legislature. The President of Flavovespia is the Head of State and Head of Government, and is indirectly elected. The Parliament is comprised of 500 members, elected using STV. Seats are distributed to the 50 city regions proportionally via population.