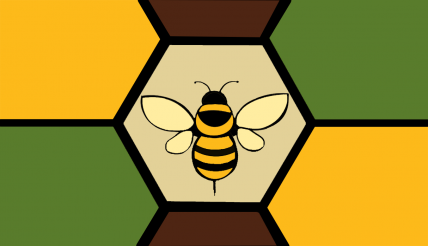 The Free Land of Fizzopolis is a massive, safe nation, ruled by Fizz with a fair hand, and renowned for its rum-swilling pirates, state-planned economy, and rampant corporate plagiarism. The compassionate, democratic population of 1.943 billion Fizzopolisians are free to do what they want with their own bodies, and vote for whomever they like in elections; if they go into business, however, they are regulated to within an inch of their lives.

The enormous, socially-minded government juggles the competing demands of Education, Administration, and Environment. It meets to discuss matters of state in the capital city of Celandin. The average income tax rate is 97.0%.

The frighteningly efficient Fizzopolisian economy, worth 268 trillion coins a year, is driven entirely by a combination of government and state-owned industry, with private enterprise illegal. The industrial sector, which is highly specialized, is mostly made up of the Information Technology industry, with significant contributions from Book Publishing. Average income is an impressive 138,076 coins, and distributed extremely evenly, with practically no difference between the richest and poorest citizens.

The government seeks peaceful forum with terrorists, government workers are more efficient and more unhappy than ever, armed war-criminals gain asylum if deemed 'fabulous' enough, and ships no longer sail as no one wants to encounter Fizzopolisian pirates. Crime, especially youth-related, is totally unknown, thanks to a capable police force and progressive social policies in education and welfare. Fizzopolis's national animal is the honeybee, which frolics freely in the nation's many lush forests, and its national religion is None.

Fizzopolis is ranked 226,069th in the world and 367th in The Leftist Assembly for Largest Retail Industry, scoring -11.05 on the Shrinkwrap Consignment Productivity Index.

Soviet Catgirls, and 23 others.