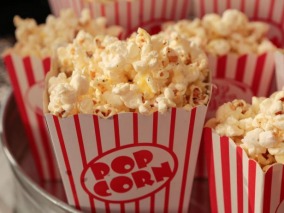 The Old Fashioned Peanut Gallery of First Marketing and Export is a gargantuan, efficient nation, ruled by Governor General Plataia with an even hand, and renowned for its free-roaming dinosaurs, fear of technology, and aversion to nipples. The hard-nosed, humorless population of 14.051 billion Marketers are highly moralistic and fiercely conservative, in the sense that they tend to believe most things should be outlawed. People who have good jobs and work quietly at them are lauded; others are viewed with suspicion.

The minute, corrupt government, or what there is of one, is dominated by the Department of Administration, although Education and Spirituality are also considered important, while Defense and Environment are ignored. It meets to discuss matters of state in the capital city of Central Exchange. Citizens pay a flat income tax of 3.7%.

The very strong Exportian economy, worth a remarkable 1,326 trillion dollars a year, is driven entirely by a combination of government and state-owned industry, with private enterprise illegal. However, for those in the know, there is a large, well-organized, highly specialized black market in Uranium Mining, Arms Manufacturing, and Basket Weaving. The private sector mostly consists of enterprising ten-year-olds selling lemonade on the sidewalk, but the government is looking at stamping this out. Average income is 94,436 dollars, with the richest citizens earning 8.1 times as much as the poorest.

The government regularly crumbles under the pressure of terrorists, Coco the Clown has been elected to the nation's parliament, children entertain themselves by throwing rocks through the windows of world-class museums, and the government is attempting to impose a new national language on the public. Crime is all-pervasive, perhaps because of the country's complete lack of prisons. First Marketing and Export's national animal is the cent, which teeters on the brink of extinction due to widespread deforestation, and its national religion is the Cult of Makaria.

First Marketing and Export is ranked 4,368th in the world and 1st in The Western Colonies for Most Secular, with 98.44 Atheism Rate.